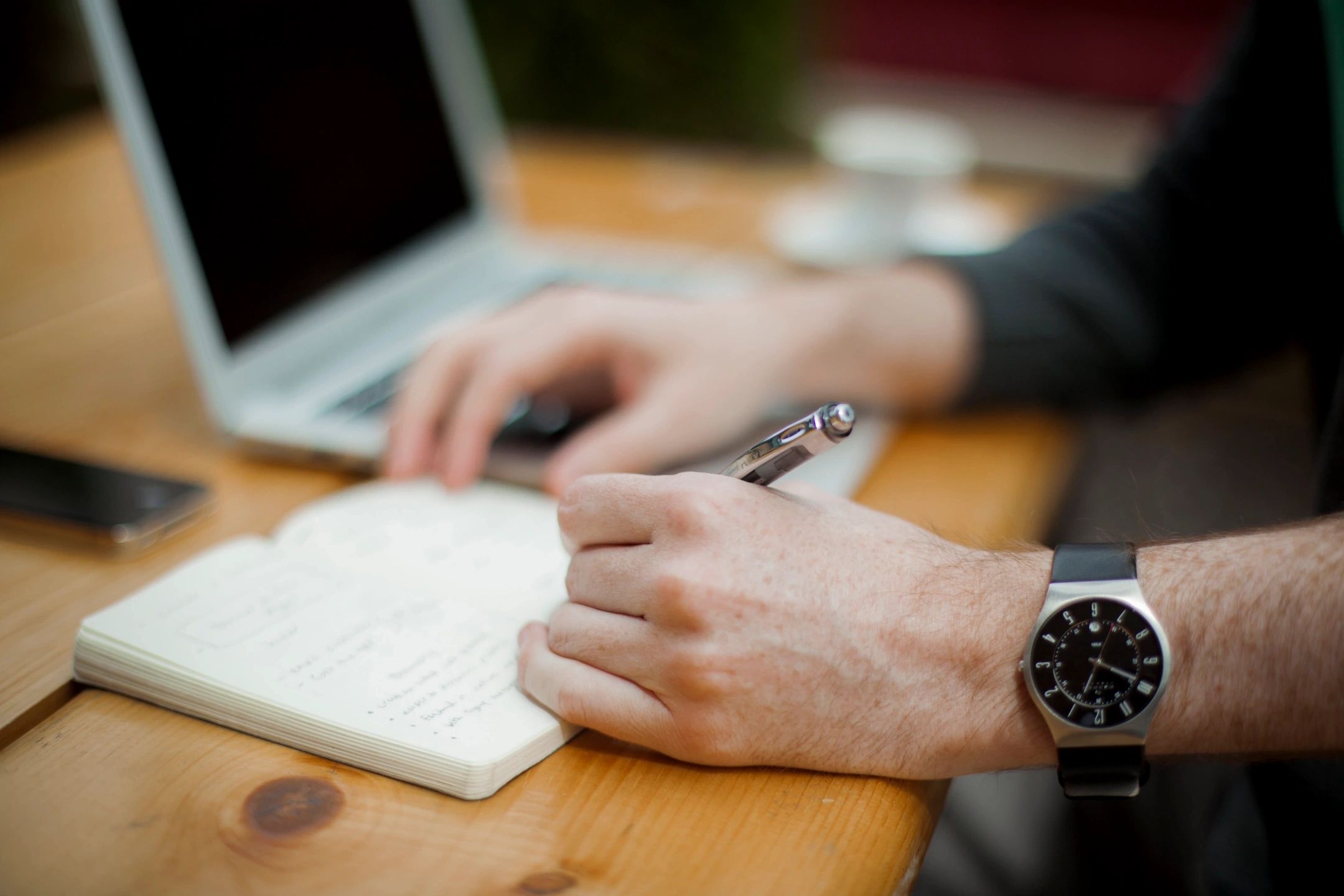 The Meeting Reactions feature allows users to react to participants during a meeting. Reactions will be available on Teams Desktop and Teams Mobile apps.

In a Teams meeting, participants can choose from four different reaction types – like, heart, applause, and laugh – and send it to meeting attendees from the new reactions and raise hand flyout in the control bar.

Meeting participants will see the reaction displayed over their position. 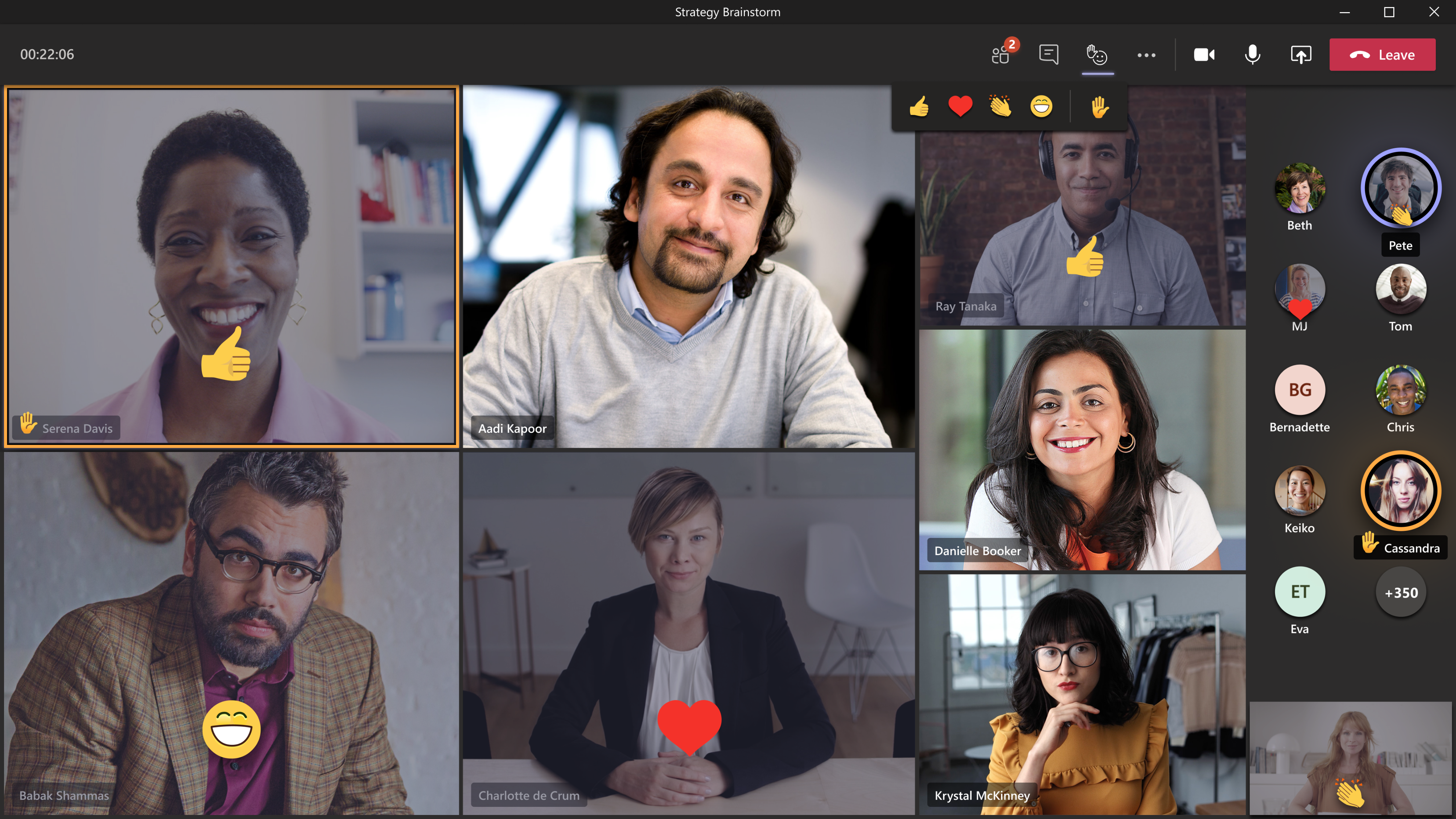 When content is shared, the reactions will float over the content. This applies to Desktop, Window, PowerPoint, and Whiteboard sharing. 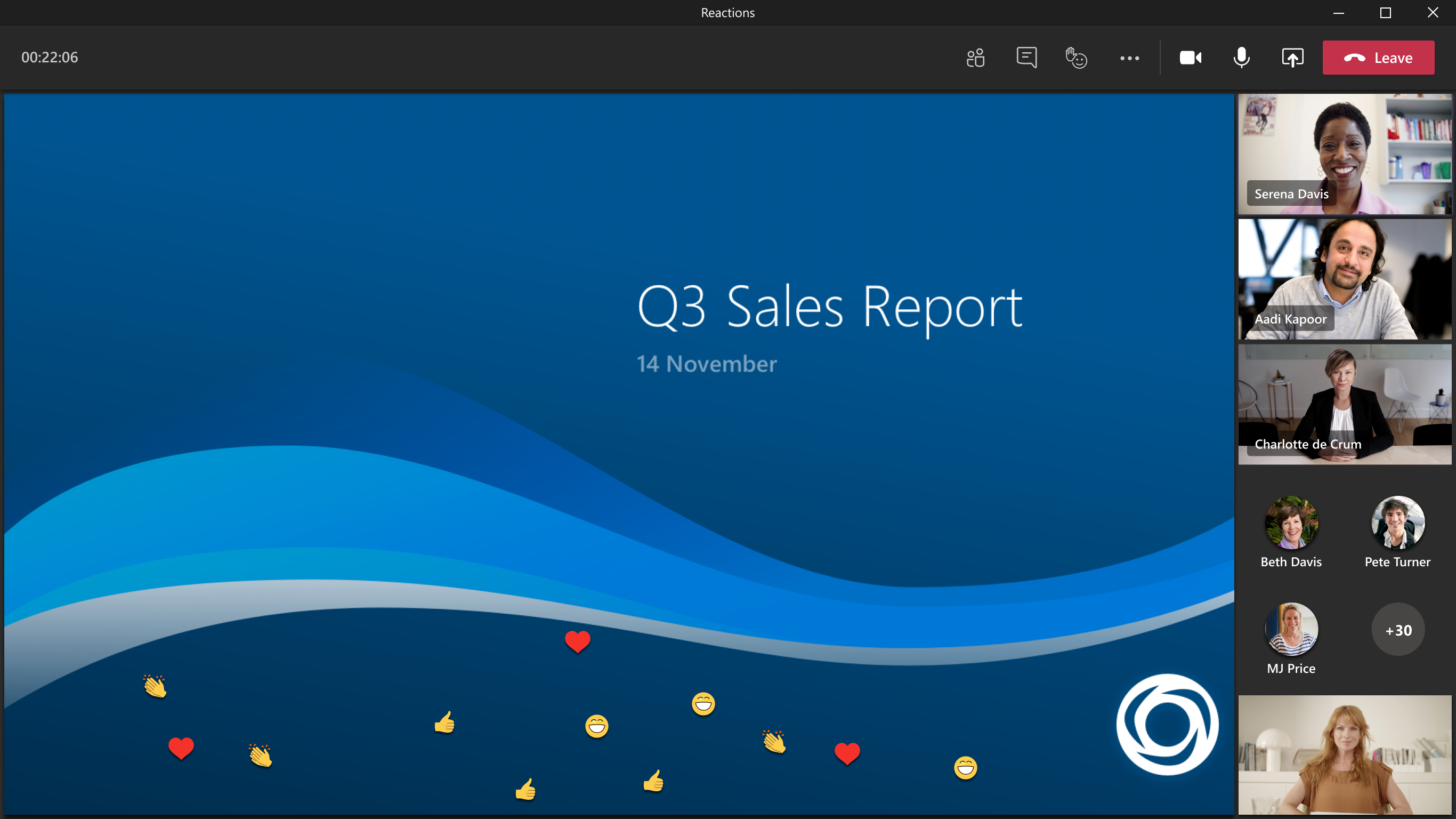 Meeting reactions will be on by default and you should consider how to deploy in your tenant.

Support for meetings on web, room systems, or surface hub will follow later in the year.